Fake Calligraphy is a mobile sculpture consisting of a simple set of metal frames, batik, and tools that are used in repeated collective performances. The sculpture serves as a workshop where patterns based on pseudo-writing are collectively produced inside the exhibition space.

The work freely approaches a calligraphic batik genre from Bengkulu (Indonesia) and batik techniques from an entirely different angle, where process is a key for communication and eventually becomes part of the work.

Fake Calligraphy is an ongoing work made by many participants, developed and facilitated by Ada Van Hoorebeke, Maartje Fliervoet, and the artistic platform manoeuvre.

Between 6 and 14 March 2020, Fake Calligraphy resided in Kunsthal Gent, where a new series of batiks was dyed within the setting of Fake Calligraphy.
As Kunsthal Gent is situated in a former monastery, the architecture inspired Fake Calligraphy 04 to use the lettering of early printed manuscripts such as Le jardin de dévotion by Pierre d’Ailly (printed by Colard Mansion, 1476) and a choir book with Gregorian chants from the Carthusianmonastery in Bruges (copper print on parchment, 17th–18th century). The installation
had additional work tables which were designed and produced with artist Kato Six and participants of manoeuvre. The tabletops are covered in graphic shapes and stains that speak for themselves. The tables can be used on their own or in different combinations like conference tables. A few elements that are crucial to the work process, such as an inkpot and a scroll for long strips of batik, can be attached to the tabletops.

The designs were created in ink made from oak gall on scrolls of paper. The batiks
based on these designs were then dyed within the installation with simple local dyes like rhubarb root, oak gall, alum, soda and rust. The activities of Fake Calligraphy 04 were abruptly cut off by the first pandemic outbreak in 2020, which left us with a partly blank Fake Calligraphy series. 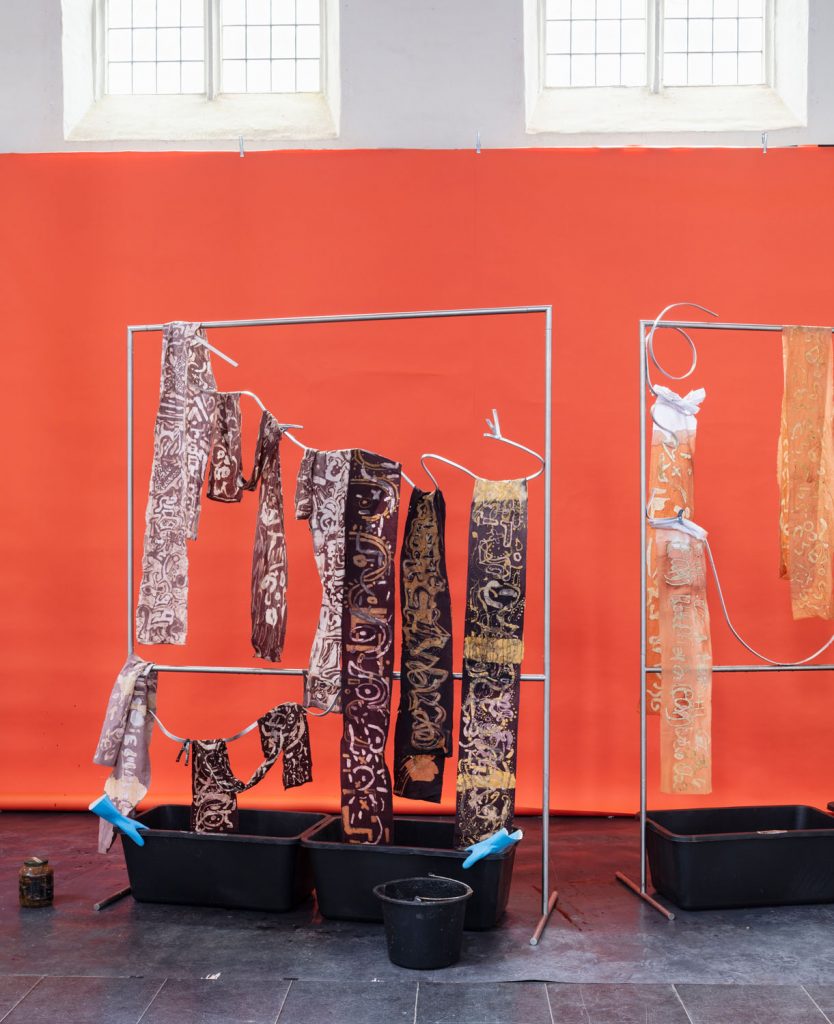 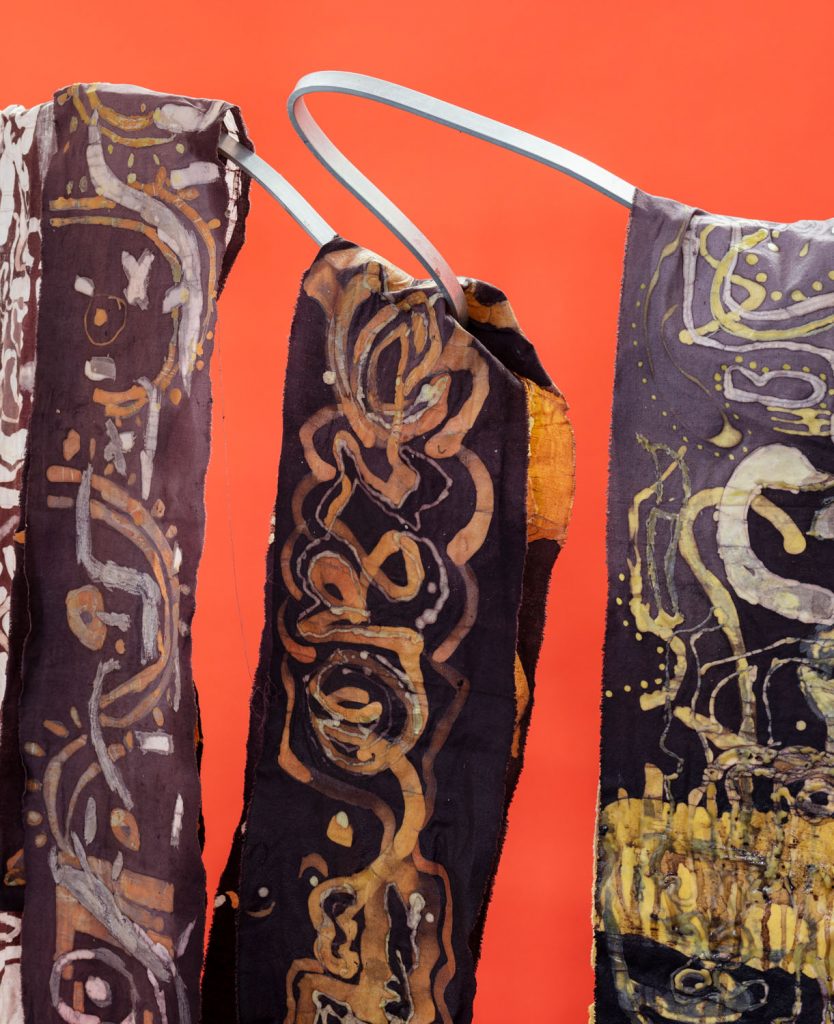 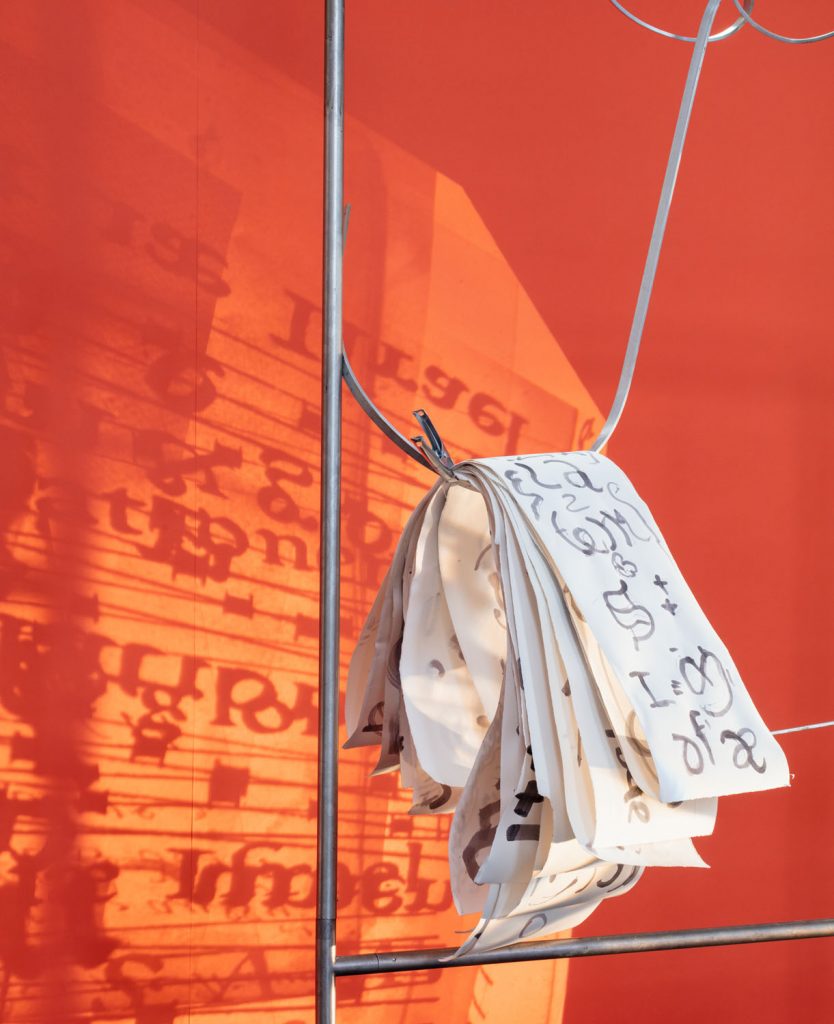 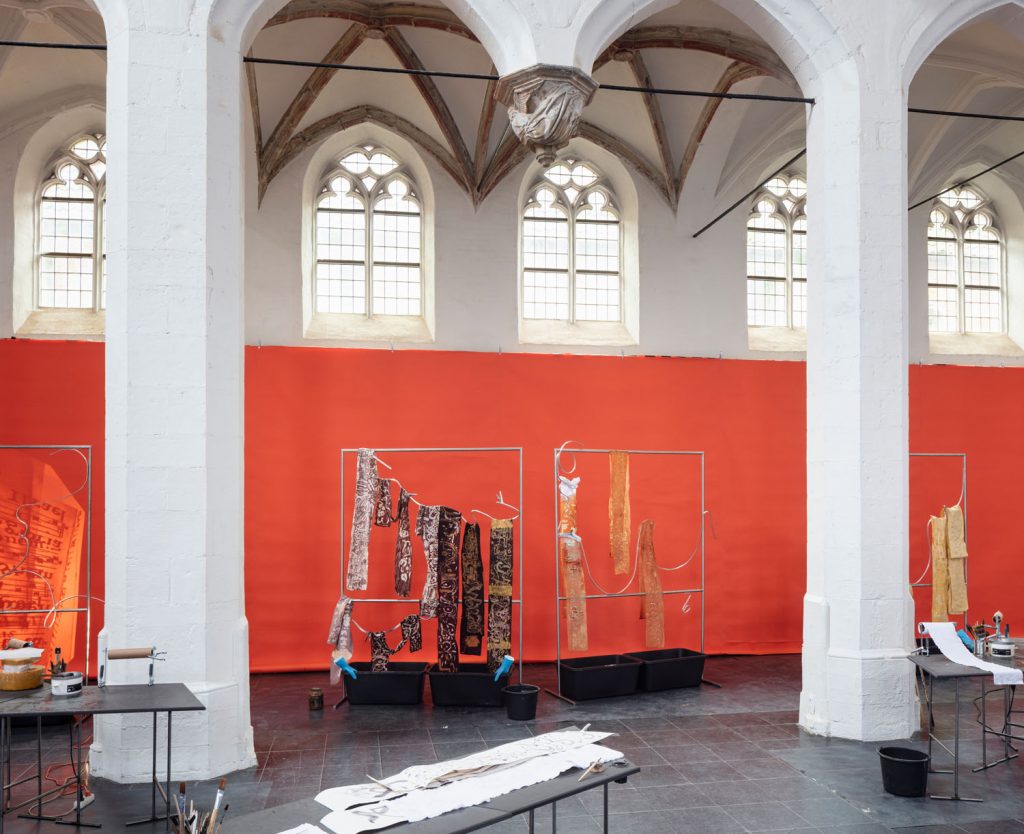 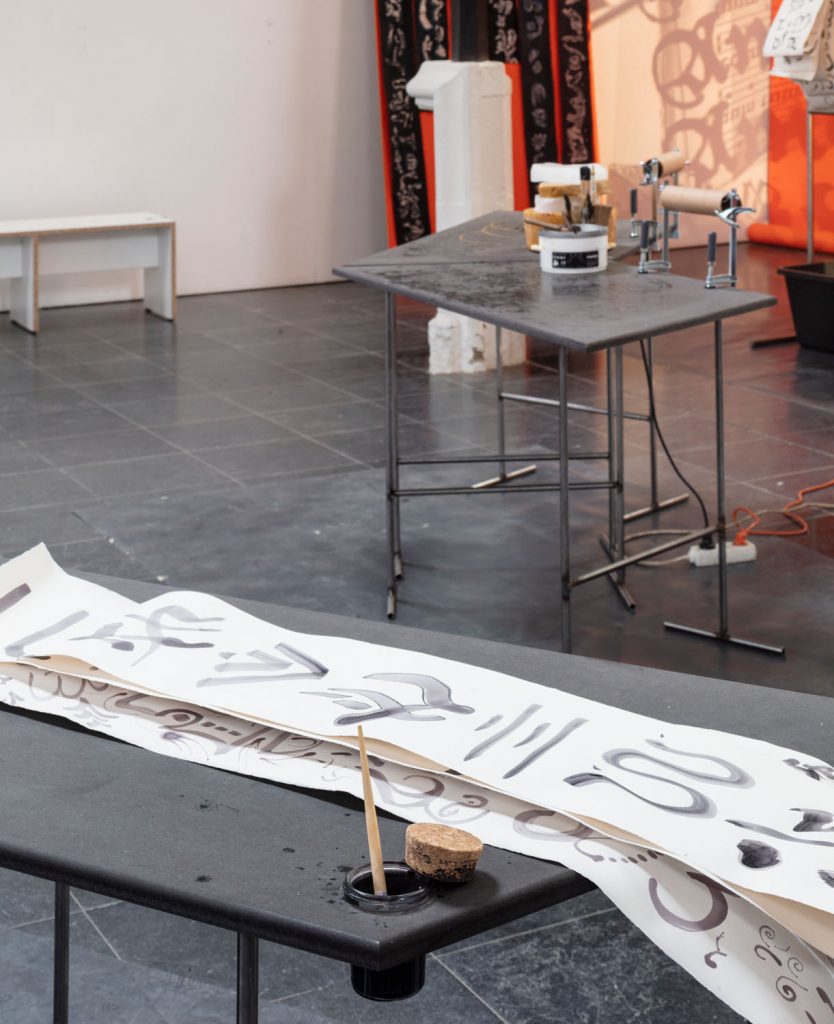 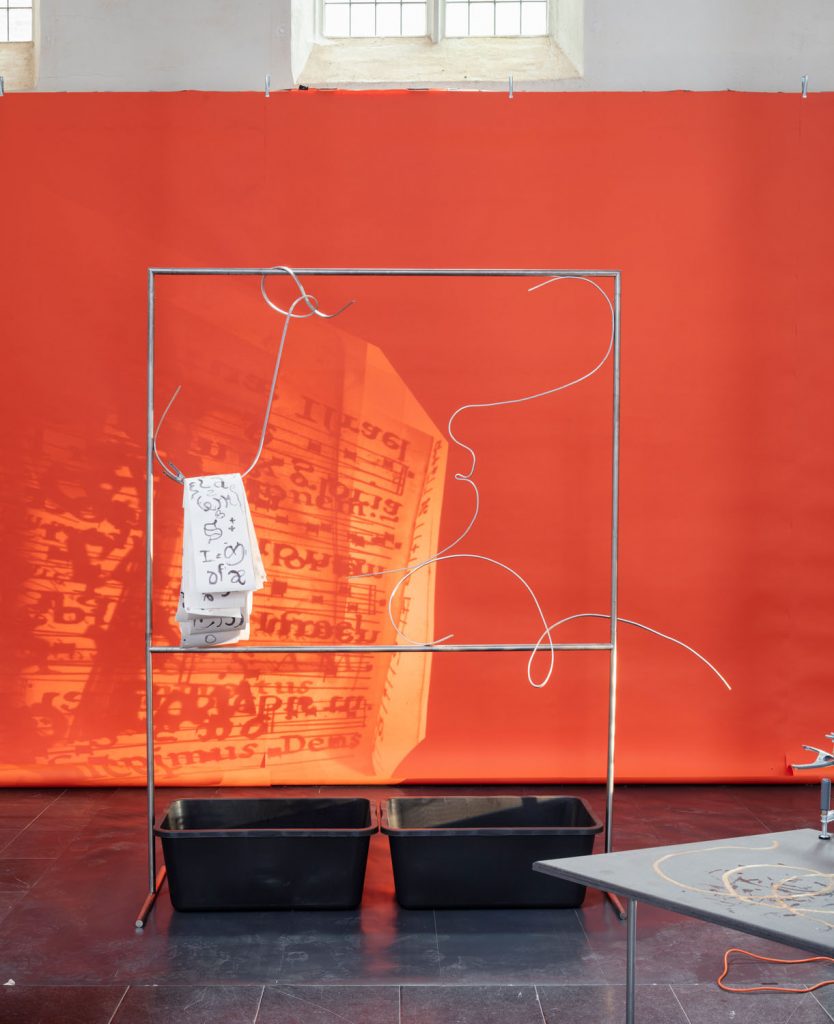 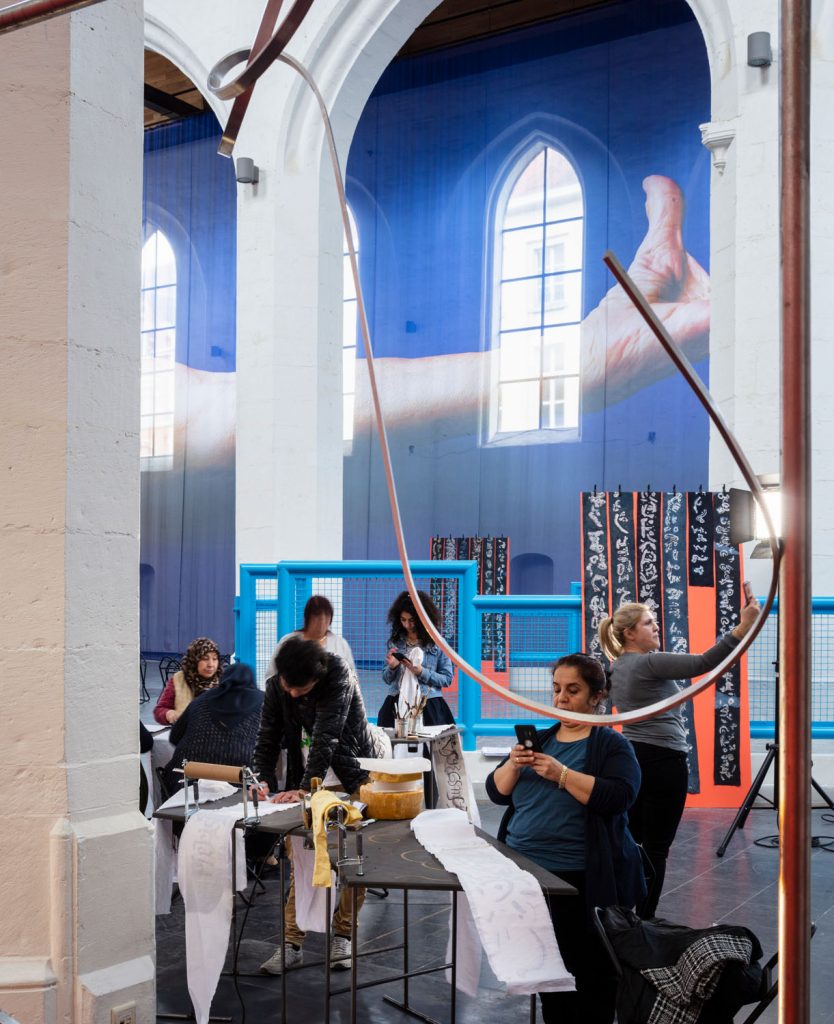 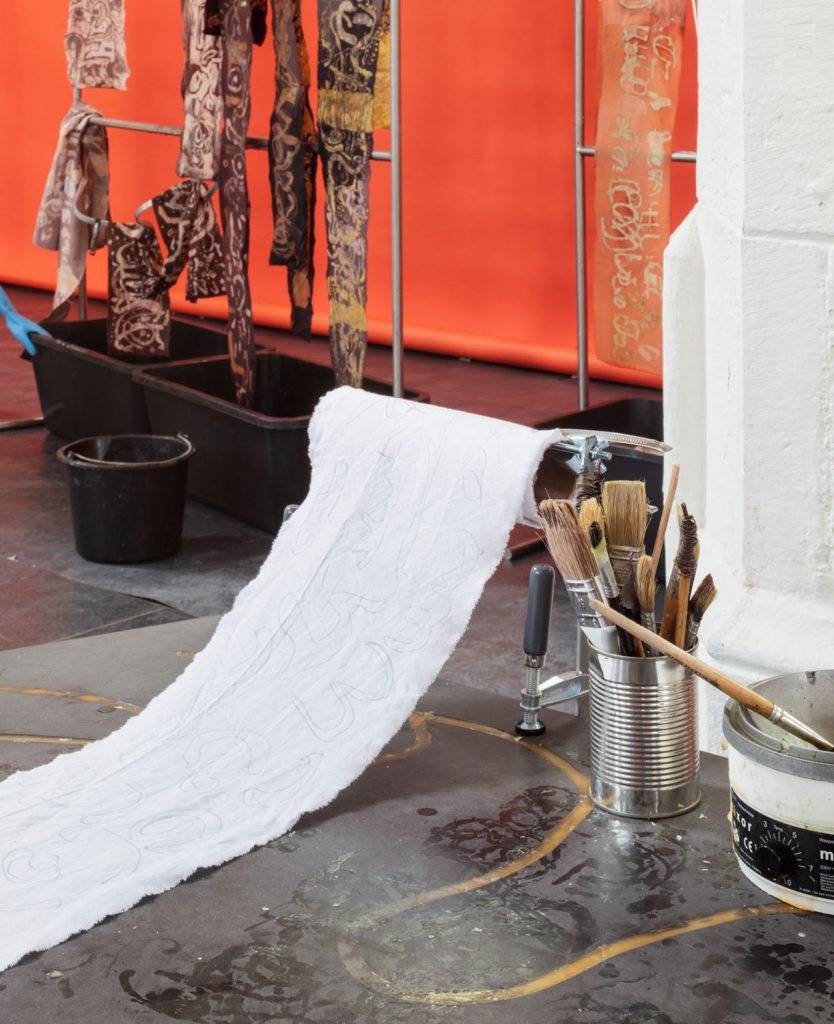 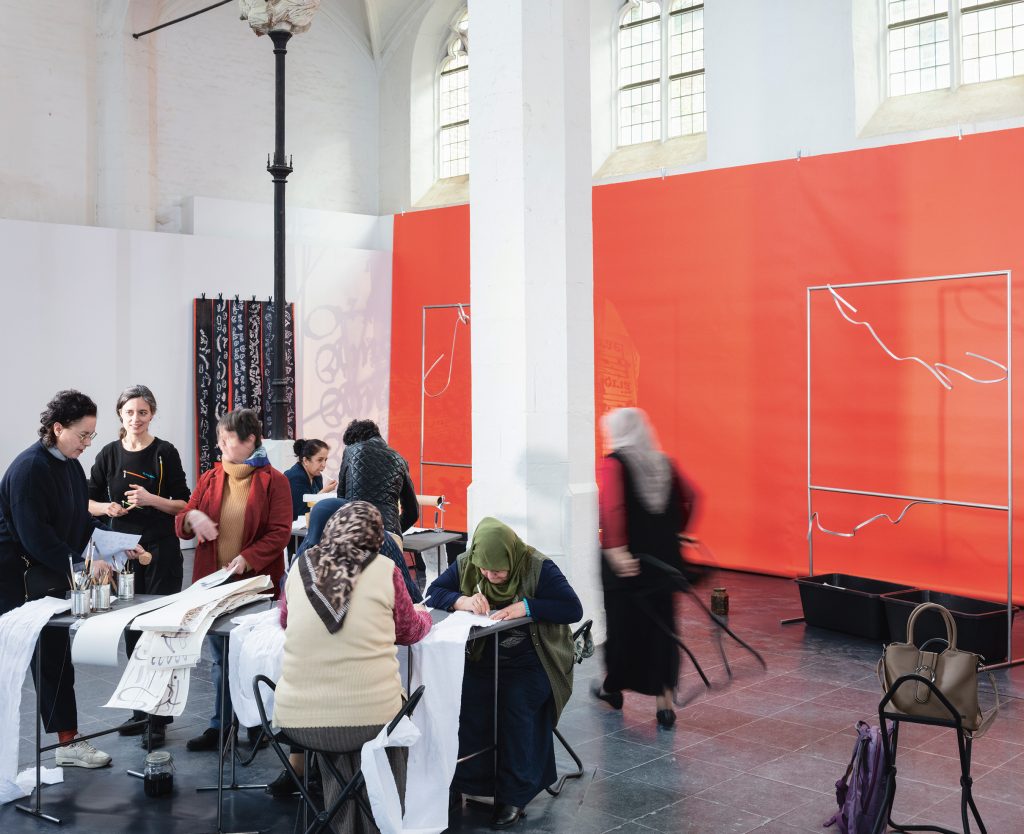 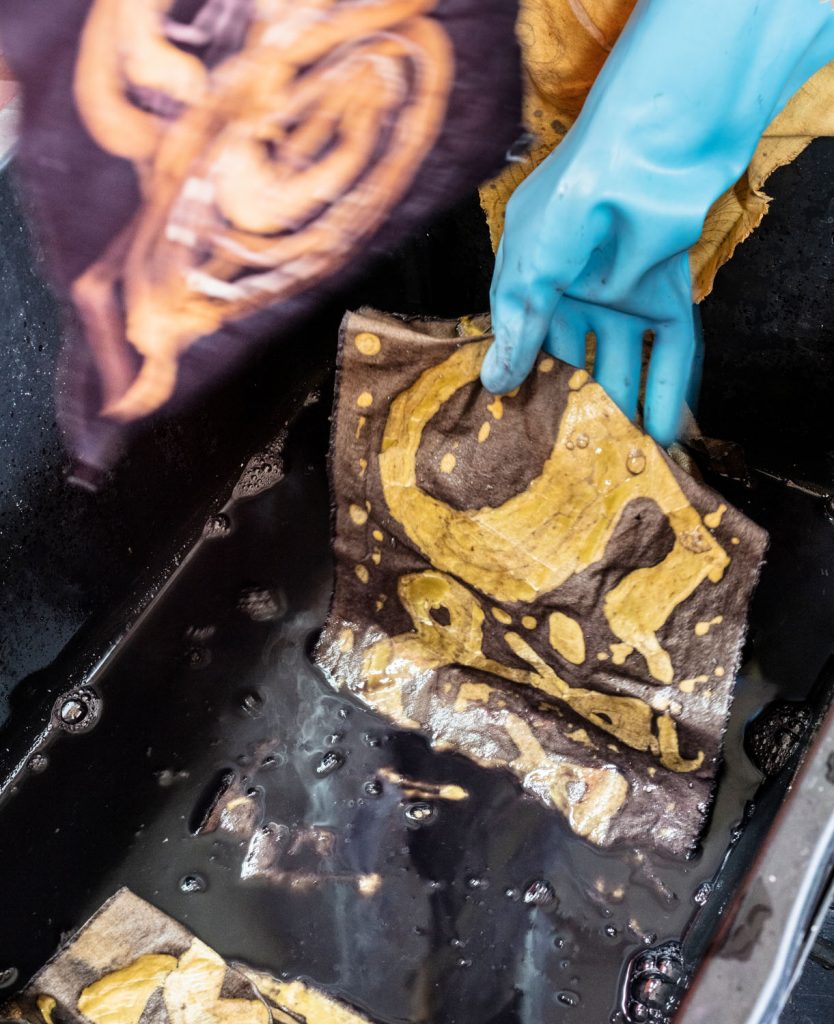 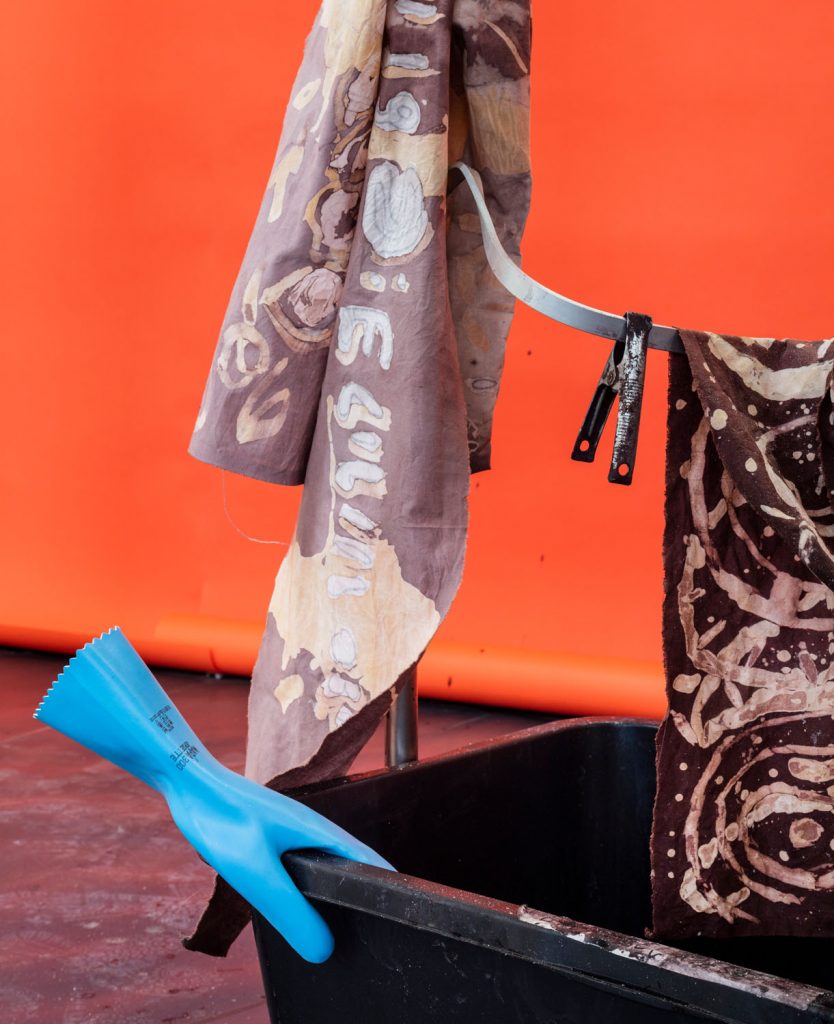 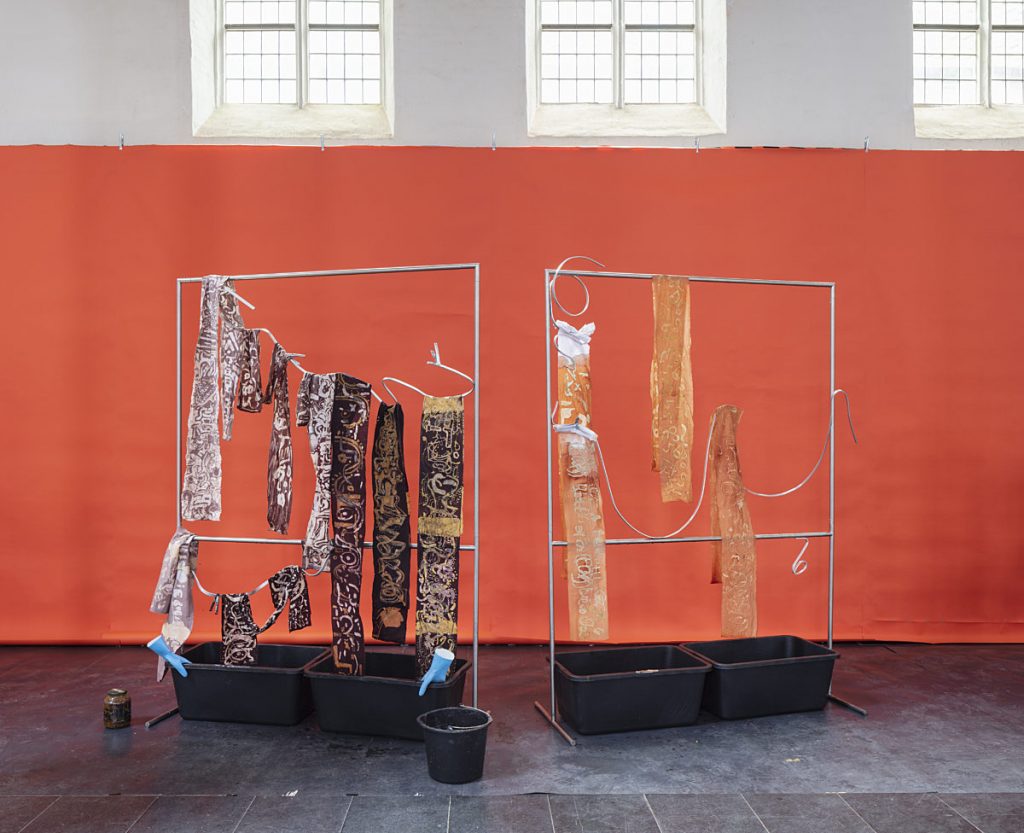